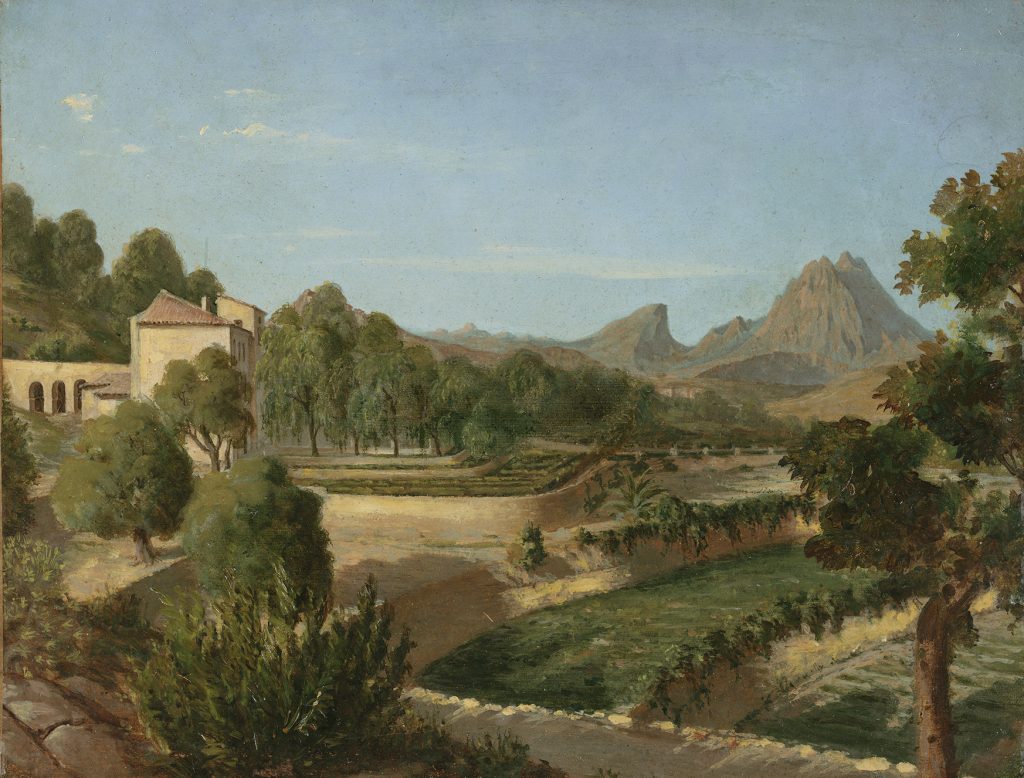 Didier Petit de Meurville – painter, art aficionado and prominent collector of antiques and religious art – had many talents, which he seemed to exercise simultaneously and successfully. Born in Haiti in 1793, when the political climate was tumultuous, Petit de Meurville ventured to Lyon and began his career as a silk manufacturer. Soon, the silk ornaments produced by Didier Petit & Compagnie were acclaimed for its richness by the press and public nationwide. Whilst laying with Pauline Jaricot the foundation for the Propagation of the Faith in 1822, Petit de Meurville established a network of influential politicians such as Alphonse de Lamartine (1790-1869), minister of Foreign Affairs. In 1848 Lamartine nominated Petit de Meurville to become vice-consul of France in Alicante, after which he was transferred to San Sebastian 1857.

Exercising his consular duties in Alicante and San Sebastian, both picturesque landscapes provided Petit de Meurville with favourable painting opportunities. Traveling through the Alicante province, he painted numerous views of the sea and countryside, with specific attention to its skies. His fascination with the local architecture and regional flora, and his panoramic studies have resulted in delightful paintings such as the present oils on paper View of the countryside of Alicante and Animated view of the fortress of Alicante.

These two works allow a complete vision of the topographical character of Alicante with its rural, mountainous, and coastal surroundings. Considering the relatively small format of his work and his modest pictorial approach, Petit de Meurville’s oeuvre illustrates a high degree of plasticity – revealing at times the bright and direct brushstroke of impressionism – and a remarkable documentational quality. That way, Petit de Meurville brilliantly takes his full path into the plein-air sketch trend.

Whilst a significant part of his work is now preserved at the Zumalakarregi Museum, Gipuzcoa, the Musée Basque in Bayonne has dedicated an exhibition and catalogue to his work in 1994, followed by San Sebastian’s naval museum in 2002, which showed coastal-themed gouaches and drawings from the collection of Javier Satrústegui.