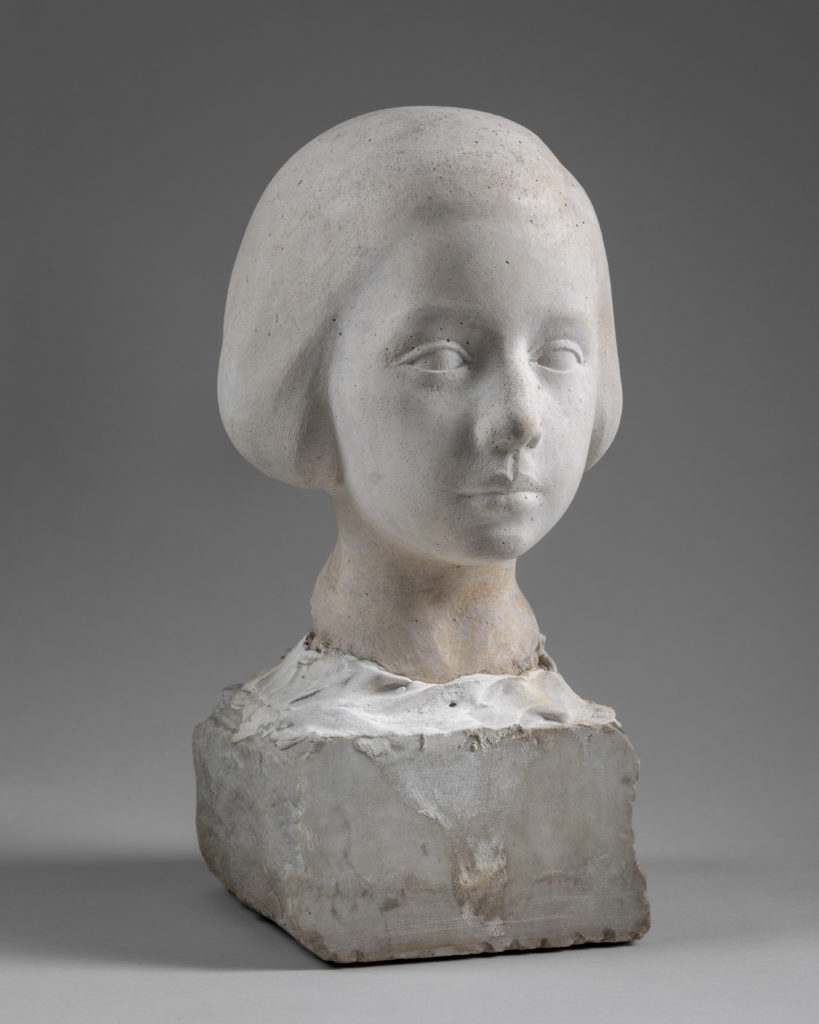 As the son of the sculptor Joseph-Louis Supéry (1867-1944), Jean Joachim got his training, from a very young age, in the workshop of his father in Malakoff, in the suburbs of Paris, before going to finish his artistic education at the Ecole des Beaux Arts. Between the two WW’s, he acquired a strong reputation as a stone sculptor and attracted the attention of François Pompon who quickly adopted him as his prime practitioner as well as his disciple. In 1927, Pompon entrusted Jean Joachim an important commission from the French state: the sculpture in stone of Lens of the celebrated Ours Blanc, the plaster of which had been presented at the Autumn Salon of 1922 and made the reputation of the famous wildlife artist. Up to his death, Pompon never failed to trust the know-how of the gifted Jean Joachim to enshrine into marble his most emblematic works, often conferring to them colossal dimensions. This intense activity did not prevent the young sculptor to exhibit regularly his own works at the Autumn Salon, from 1927 and to become himself a wildlife artist. After WW2, he was also appointed professor at the Ecole Nationale des Arts Appliqués and at the Ecole des Métiers d’Art.

The present work belongs to the first productions of Jean Joachim. The artist chiselled in stone the very fine features of a young girl, possibly from his close acquaintances. In favouring smooth forms with curved outlines, leaving away any superfluous detail, he succeeded to give his model a timeless beauty. The sculptor applied an objective and sober vision, leaving aside any stage movement, letting the light to draw on the polished surface, the outline of the silhouette in a clear and continuous line. The frontal presentation and the perfect symmetry reveal the interest transmitted by Pompon for the hieratism of the Egyptian art. By its formal density and its synthetism, far from Rodin’s epic gestures, this bust acquires a silent presence reminding that of a Sphinx.

Jean Joachim took care to fix himself his work on a cubic base of rough marble. The plaster shows traces of modelling that smooths the contrast between the roughness of the geometrical basis and the curves of the face. By finding a just equilibrium between the different textures of the materials, the artist succeeded to insert this intimist work with its primitivist touches into the modern sculpture of his time.