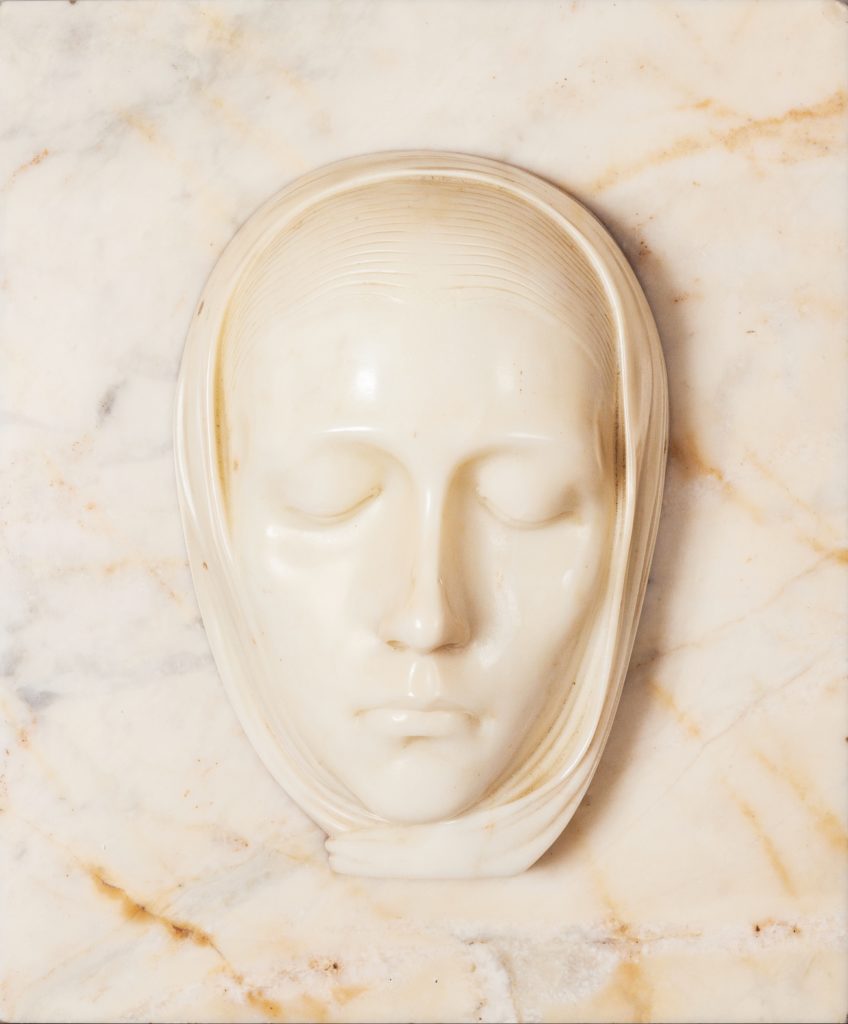 This splendid marble is among Adolfo Wildt’s most iconic works. The Italian sculptor, whose style is so profoundly personal and genuine that it resists classification, remained indifferent to the concerns of the avant-gardes or schools of his time. Born in Milan in 1868, Wildt was considered one of the last great symbolists. His training started at the studio of Giuseppe Grandi, then with the sculptor Villa, where he perfected a mastery of working with marble. He went on to become the foremost « finisher » of Milan, his skill and expertise eagerly sought after, to finish the marbles of numerous other sculptors. Parallel to this, he took classes in drawing, paying great attention to antique and classical sculptures, such as the Farnese Hercules, the Laocoön, masterworks of Michelangelo, Bernini and, of course, Canova.

La Vergine originated from what Wildt considered to be his first proper work, a portrait of his wife made in 1892. With this sculpture, he neatly encapsulates the traditional Italian feminine trilogy – Woman, Mother and Virgin. Whilst the first version of this piece dates from 1924, the importance Wildt gave to La Vergine is accentuated by the existence of various versions (made in Carrara marble, Onyx and other coloured marbles), exhibited over the years at numerous exhibitions : Rome (1924), Paris (1925), New York (1926) and Genève (1927). The enduring success of this work comes, most likely, from the fact that it assimilates all of the essential characteristics of the Wildtian style : faultless technical brilliance, a unique combination of elements both genuine and stylised, and above all, an internal and mystical strength which makes of Wildt such a highly esteemed artist of the early twentieth century.

We know of approximately ten versions of this work, the first one (still in the property of the artists family) dates from 1924. The success of this work, and the number of versions produced by the artist, demonstrate the importance of this sculpture within the artist’s oeuvre.