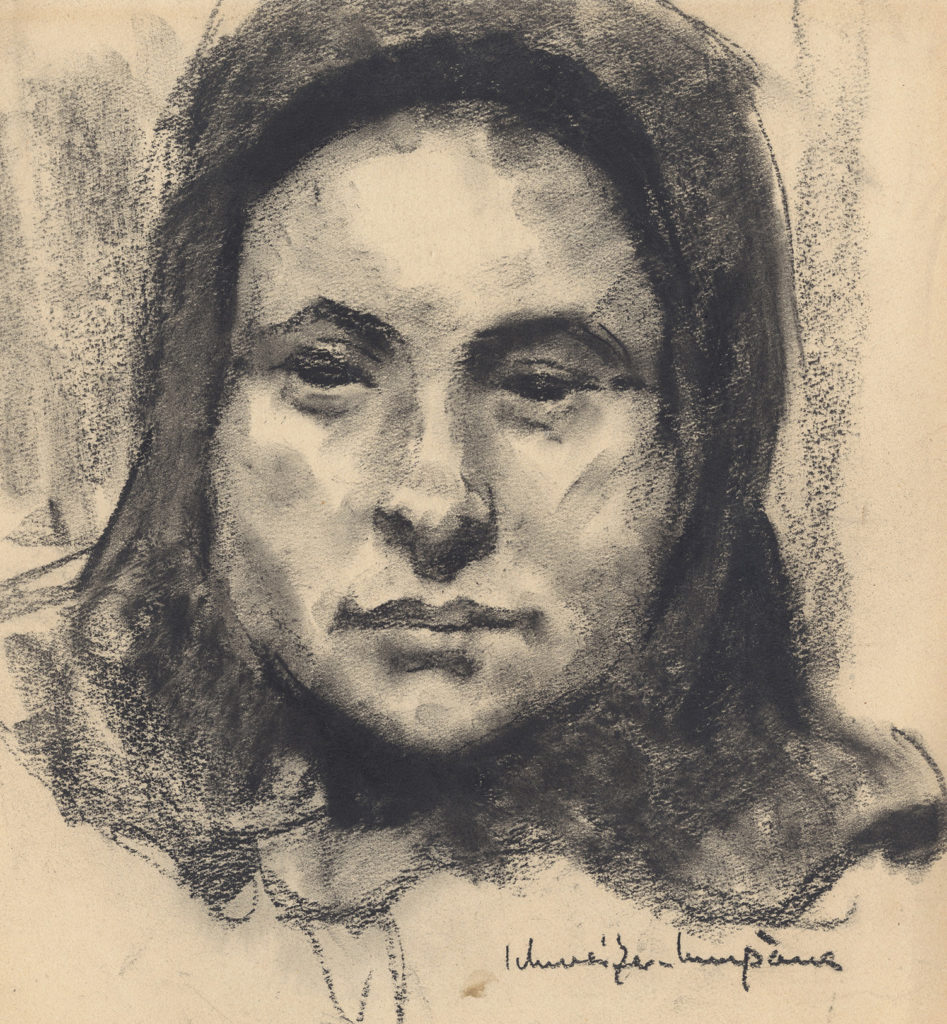 Rudolf Schweitzer-Cumpãna was born in Piteşti (Romania) in 1886 into an ethnically German family. In 1904 he went to Berlin to attend the Royal Academy of Arts, studying under Erich Hancke, Arthur Kampf and Anton von Werner. At this time, he was influenced by German expressionism as well as impressionism and the Wiener Secession. As he later stated about his artistic education: “my strong knowledge of shapes, volumes and values was very useful, the drawing techniques I learned at the Academy remained a sort of backbone for my art.”

Upon his graduation in 1909, the artist returned to Romania to capture the country’s landscapes and inhabitants in his own, expressionist style, painting landscapes and portraits of peasant or gypsy girls. The poet and philosopher Nichifor Crainic wrote in 1919: “Mr. Schweitzer had a very Romanian rustic inspiration, one could even say that it was exclusively folkloric…” The Schweitzer-Cumpãna’s peasants portrayed are indeed shown working on their daily tasks, in a manner neither idyllic nor imbued with a strong social message. The present sheet is perfect example of this. The girl’s traits are caught in the black lines, her gaze subtly averted from the viewer. This drawing might well have been made as a study for a later oil portrait, Girl dated 1918 (Private collection). As a portrait, this sheet shows more detail than the portraits the artist executed in oil, where the effects of colour and light take precedence over detail. These are frequent occurrences in the oeuvre of Schweitzer-Cumpãna. Other examples are Peasant girl with headscarf (ca. 1920, private collection) or Peasant woman on bench (1929, private collection).

This portrait may well have been made on one of the painter’s study trips into the countryside or to Bulgarian town of Balchik, on the Black Sea. Between the wars, this seaside resort with its oriental atmosphere was a popular destination for avant-garde Romanian painters. Here they would paint the coast, the traditional town houses and their exotic Tartar inhabitants. This informal group of post-impressionist painters – which also included Francisc Şirato, Theodor Pallady and Stefan Popescu, among others – became known as the Balchik school and would prove central to the development of painting in 20th c. Romania.

Schweitzer-Cumpãna himself was a very influential proponent of Romanian painting during his lifetime and he was made professor at the Nicolae Grigorescu Institute of Fine Arts in Bucharest. His works are mainly kept at the National Museum of Art of Romania, and in private collections.